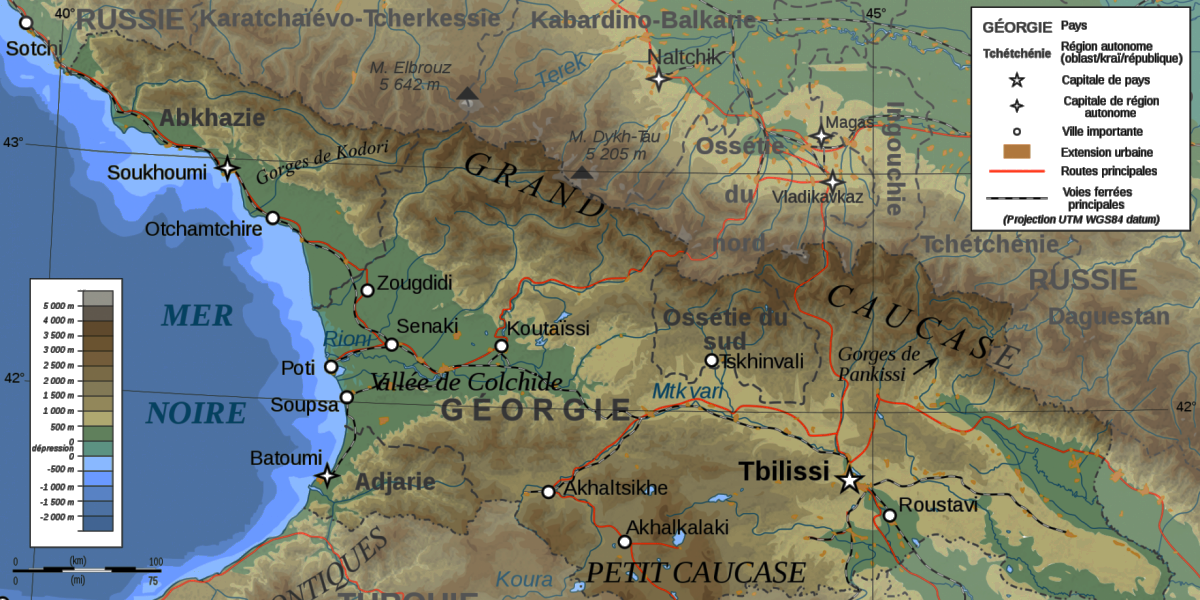 Climate
Climate in Georgia is as various as it landscape. This variety is conditioned by the location of the country. Great Caucasus range to the north, small Caucasus range to the south and Black sea to the west plays the big role in the formation of the climate. There are several types of climate zones in Georgia. Humid subtropical, temperate humid subtropical and continental, alpine and sub-alpine, but two the main Eastern and Western zones divided by Likhi ranhge.
Western part of Georgia Humid subtropical climate is conditioned by the black sea coastline. Winter in this region is gentile and summer is cooler in the comparison with the eastern part. Average temperature 5ºC in winter and 22ºC in summer. Eastern Georgian climate is temperate humid subtropical characterized by colder winter. Average temperature in summer is 22ºC-24ºC degrees and in winter 2ºC-4ºC.
Northern part of Georgia is protected by great Caucasus range. It protects the country from the penetration of the cold air masses from the north. In the north-west and north-east parts climate changes to the sub-alpine and alpine Zones with the elevation. Summer is cooler and winter severe.
Smaller Caucasus range in the southern part of Georgia prevents from hot air masses  from the south. Climate is continental there, hot summer and very cold winter.