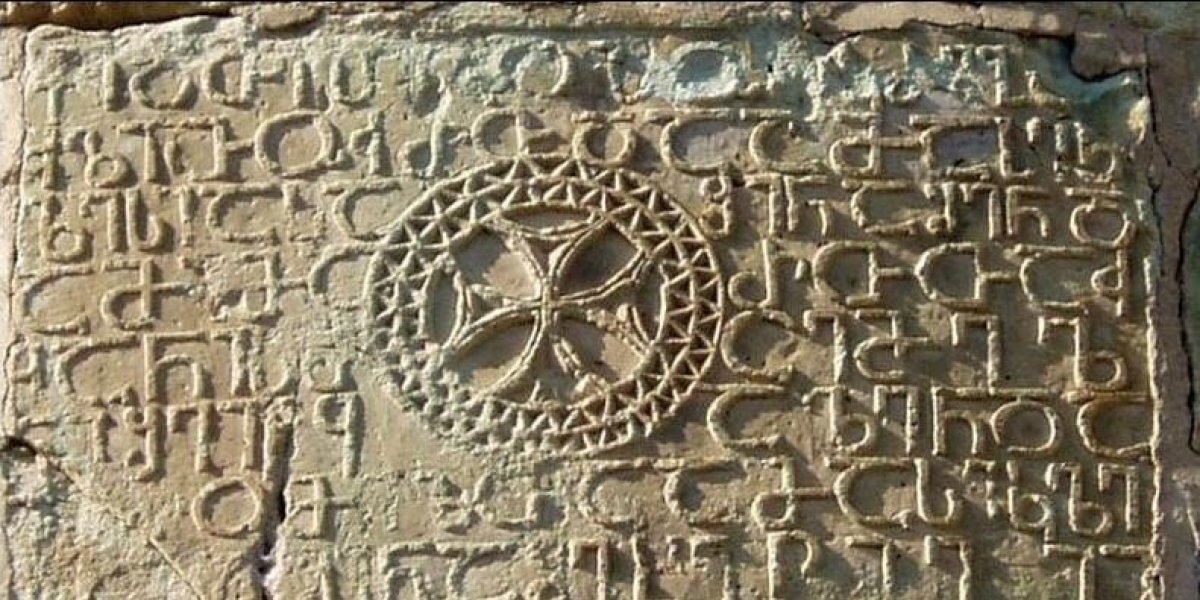 Georgian language and alphabet
Georgia as the country of old civilization has long running culture. It’s evident: “people create language and language creates nation”. During many centuries Georgians fought to preserve their language and at present Georgian is the state language of the country, belonging to the Iberian-Caucasian language group.
Though until now there are two different dialects, sub-group of Georgian language. Svanuri  and Megruli languages, spoken in Svaneti and Samegrelo, but for them main mother language is Georgian.
There are many discussions about the origin of Georgian alphabet. Among the 14 writing languages of the world Georgian language is on the fifth place due to its ancient history and uniqueness.
Oldest patterns of Georgian alphabet date back to the IV century on Bolnisi Sioni church(494 AD). Jvari church (738) Ateni Sioni church (835). Sinai (864) Palestine V century AD and etc.
There are three types of Georgian alphabet: Asomtavruli(mrgvlovani); Nuskha-khutsuri and present day Mkhedruli alphabet. (The United Nations Educational, Scientific and Cultural Organization (UNESCO) has added the Georgian alphabet to the list of the Intangible Cultural Heritage of Humanity.
The decision came after the 11th session of the UNESCO Intergovernmental Committee for the Safeguarding of the Intangible Cultural Heritage, held in the Ethiopian capital Addis Ababa on Wednesday.
The main goal was to underline the harmonic co-existence of three alphabets.)
There are suppositions, that Asomtavruli alphabet was founded according to the solar and lunar calendar in the V century BC. In the demand of fast writing it was replaced by Nuskha-Khutsuri, mostly used in the monasteries and churches for religious purposes. Georgian people used calf skin for writing. Since the X century Mkhedruli is the current alphabet in Georgia.
There were 38 letters in Georgian alphabet, but with the time 5 letters were cut out and Mkhedruli consists of 33 letters.
First hagiographic novel “The martyrdom of Shushank”was written in the V century. The world famous classical poem “Knight in the panther’s skin” was written by XII century Georgian poet Shota Rustaveli. It is translated in 40 languages and is granted as the masterpiece.