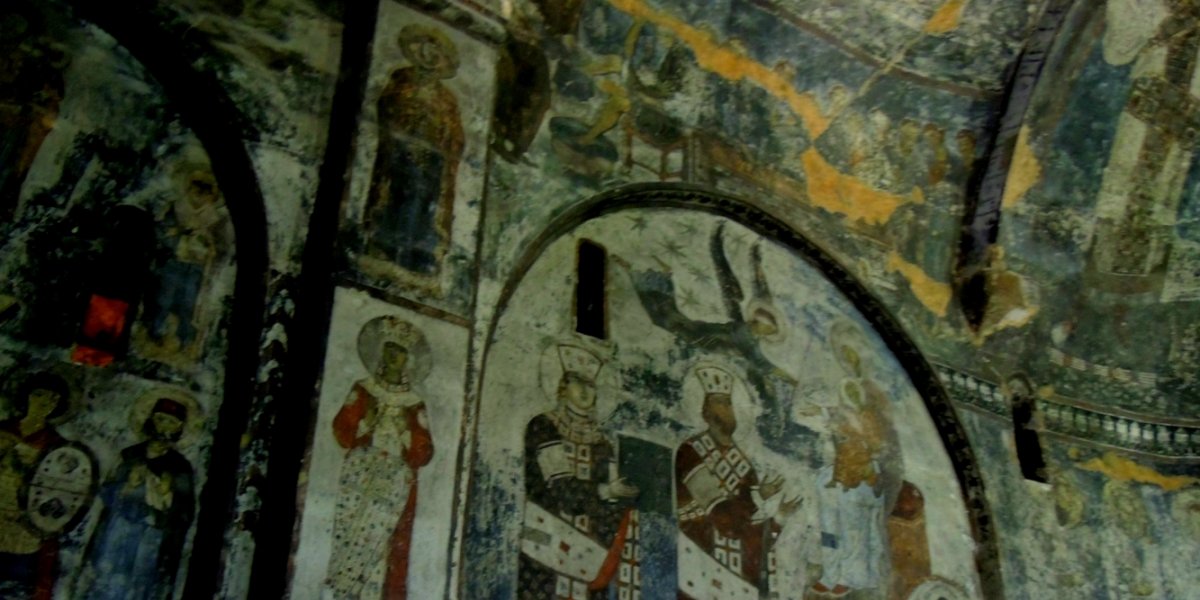 History of Georgia
Georgia is a small and one of the most surviving countries, country of constant invasions and instant constructions. Location of the country at the crossroads of Europe and Asia determined its magnificent history. Latest archeological excavations confirmed, that Georgia is the oldest resided country in Europe and Asia, outside Africa. Relics of Hominid people were explored in the southern part of Georgia, namely in Dmanisi region. They were given names Mzia and Zezva and can be seen at Dmanisi museum.
Many other archeological items, excavated on the territory of Georgia and exhibited at the museums, are the true evidences of stone, bronze and iron age experience of the country. Noteworthy is the 8000 years old Qvevri, traditional clay vessel for keeping and aging wine according to Georgian winemaking technology, which was uncovered  in the southern part of Georgia as well.
Greek myth about Argonauts narrates about Georgian kingdom of Colchis  in the XIII century BC, in which clearly is described the wealth of this kingdom. Greek leader Jason and Argonauts came to Georgia for the golden fleece and stole it from the king Aeetes. It indicates on the country’s advanced goldsmith technologies and metallurgy. Constant invasion of the Scythians and Cimmerians weakened the kingdom, but archeological excavations in ancients city of Vani proof that in the VII century Colchis was very rich and strong kingdom.
In the I millennium on the territory of Georgia existed two strong kingdoms Colchis and Iberia, which was established in the III century BC by the king Pharnavaz . Both kingdoms suffered of invasions and foreign rule. Persian came to Georgia in the V century BC. This was reflected in Georgian lifestyle and culture. In the I century Roman invasion made Iberia the vassal of the Roman Empire.
Crucial was the VI century AD, when Roman and Persian confronted each other on the territory of Iberia and Egrisi (western part of Georgia),but the newly arising Arabs in the VII century took the power and from the VIII century they attacked Georgia, where they stayed for 4 centuries spreading their rules.
The end of the X century is the triumph in Georgian history, when Bagrat III unified Iberia and Egrisi under one, United Georgian kingdom.
From the end of XI century prominent and venerable Georgian king David Aghmashenebeli(the builder ) set Georgia free  from Arabs and especially Seljuk empire winning the marvelous Didgori battle, when he overcame 500 000 Seljuk army  with 50 000 warriors . He rebuilt destroyed country and until the reign of his great grand daughter Queen Tamar (kingTamar1) the country lived in peace and golden era.
In the XIII century after Mongolian invasion Georgian kingdom suffered for approximately 1 century, till George V the magnificent released the country from Mongolian rule.
The end of the XIV century is famous for Timur-lang (tamerlane) invasions 8 times, which destroyed country’s life and economics.
XV century is also blood-shedding for Georgia, surviving in between of two biggest Empires, Iran from the east and Ottoman from the west. It lasted till the Georgian King Erekle II signed agreement with Russia in Georgievski in 1783, 24 July. This treaty became the reason of further occupation of the country in 1801, when Russian troops came and annexed Georgia.
Russian empire rule lasted till 1918 bringing abolishment of Georgian monarchial rule, autocephaly in 1811 and abolishment of native language. Autocephaly was restored in 1943 and Georgian language in 1978.
1918,26 may Georgia gained independence for 3 years and unfortunately in 1921, 25 February forcedly became one of the 15 republics of the Soviet Union till the demise of the USSR in 1991.
In 1991, 9 April Independence of Georgia was officially declared. It was hard earned independence for the nation.