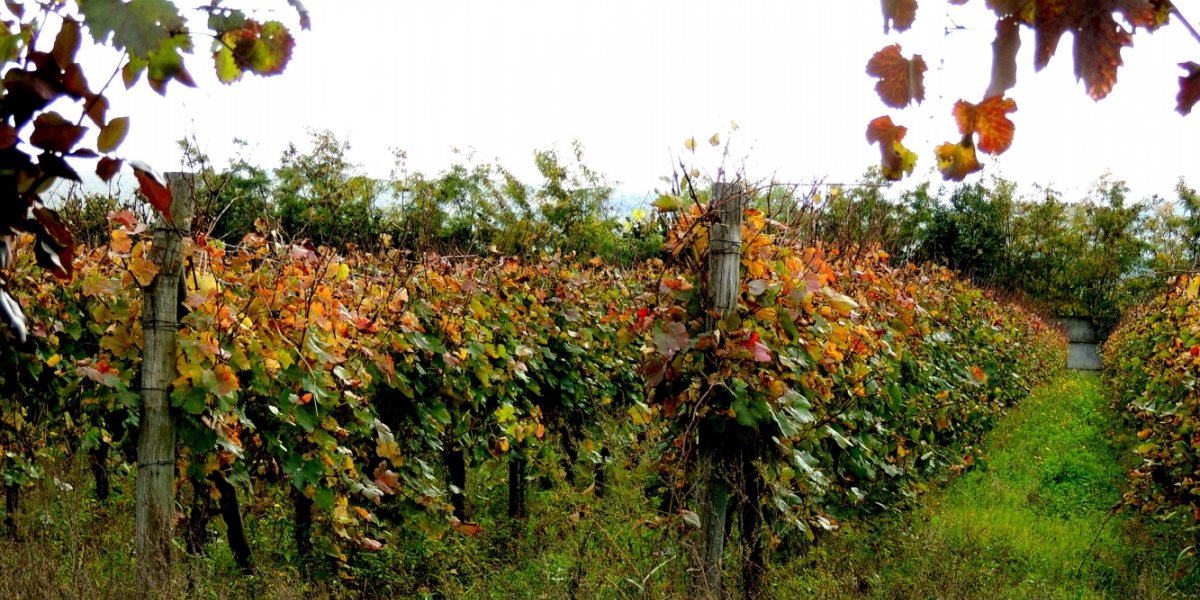 Kartli is the historical-geographical region in eastern Georgia. It is located in the central and southern parts of the country. Kartli consists of three parts: Shida(middle)Kartli,Zemo(Upper Kartli and Qvemo(Lower)Kartli. Main city is Tbilisi.
Historically known as the kingdom of Iberia and later Kingdom oh Kartli, it played tremendous role in the country’s history. Located on the silk-road, Kartli always was of biggest strategic, cultural and social importance. All three parts are of the different landscape regions, including fertile flatlands for agricultural purposes, ranges and ravines. Karlti is rich with flora and fauna, rivers and lakes as well as the other parts of Georgia. Later archeological excavations in lower Kartli revealed the traces of human inhabitance 1.8 million years ago, as well as the wine making traditions dating 8000 years back. Unique historical monuments including antique cave city, churches and fortresses are well preserved here bringing visitors in admiration. People follow farming, agriculture, gardening, stock-raising, apiculture, wine-making and etc.
Region area: 21 333 km²

Mtskheta-Mtianeti historical-geografical part is located in the east Georgia and it consists of several administrative centers: Mtskheta, Akhalgori, Dusheti, Tianeti and Kazbegi. The landscape and nature of this region is very interesting and various. It combines lowlands in the middle part and mountain picks to the north. So called Georgian military road leads to the Second highest Glacier in Georgia, Mkinvartsveri (5047m) located in Kazbegi, near the Russian border. Beautiful ravines, rivers, waterfalls, sub-alpine and alpine zones are characteristic for this region.
As far as it’s the historical part of Georgia, Mtskheta-Mtianeti is rich with monuments: Fortresses, watch-towers and churches. Main activities of the region are agriculture and stock-raising in the plain lands, but in the mountainous region due to the climate conditions people follow mostly stock-raising, sheep-breeding and handicrafts. They have their own traditions, customs,cuisine,folklore and etc.
Mtskheta- Mtianeti region offers Ski resort Gudauri located 2100 m above sea and interesting activities: Paragliding, Rafting, hiking, tracking, bird-watching and etc.
Region area: 6 785 km²

Kakheti (vein of Georgia) is the historical part in the East Georgia. Main city is Telavi. It was the part of Iberia and in the XI century the part of United Georgian kingdom. Located on the silk- road it   had strategic and cultural meaning since ancient times.
Landscape of this region is amazing. Semi dessert of David Gareji, Caucasus range and fertile Alazani valley keeps visitors in admiration.
Kakheti always attracts attention of local people and travelers, because it’s considered to be the homeland of grapevine. Winemaking is the oldest tradition in Kakheti. For Kakheti people vineyard and all rituals connected with grapes are sacred. They follow winemaking traditions with the biggest respect, beginning from planting till the harvest and making wine. Drinking wine is also a big tradition and should be carefully followed. Notwithstanding attacks and invasions, hard times and disasters winemaking tradition was preserved. Agriculture and stock-raising are also main activities in this region. Kakheti is an amazing region with its historical monuments. Cave complex of David Gareji (VI century), fortresses, churches, monasteries and Ikalto Academy (XII century) could withstand centuries.
Kakheti is one the best tourist destination for all kind of travelers.
Region area: 12 500 km²

Tusheti is a beyond beautiful ethnographical part of Georgia, located in the north-east of Georgia in Kakheti region, Akhmeta municipality. Administrative center is Omalo. It’s natural reserve which measures 896 km². Tusheti national park has very rich flora (1062 species ) and fauna( 180 species). With the elevation coniferous forests are replaced by Birch trees up to 1700-2400 above sea-level. Rivers are rich with Trout. It’s a reserve of cascades and mineral waters offering treatment.
People in Tusheti live in communes and they have their own architecture, traditions, customs, cuisine.They mostly practice sheep-breeding and stock-raising.
Noteworthy is the architecture of Tusheti. Historical 5-6(20m) storied towers date back to the XVII c, they are of trapezoid shape defensive fortifications, built with the shale stone next to the 3-4 storied houses. According to archeology the place was populated in the VIII century, but there are no traces of that time buildings.
Tusheti is also famous for carpets and handicrafts.
Region area: 969km²

Khevsureti is the historical-geographical high-land of Georgia, situated on the southern and northern slopes of Great Caucasus range .Historically known as Pkhovi together with Pshavi. The name khevsureti means place of profound ravines. This really amazing part is outstanding with its nature, monuments, resources, traditions and life-style of people. Khevsureti consists of two parts: Piriqita north-eastern and Piraqeta south-western Parts.There are 2 communes in Khevsureti: Barisakho and Shatili,castle village of amazing beauty of the XVII century.
Flora and fauna is rich.Climate is strict in winter. It was always isolated and was hard to get there till the 20th century. Khevsuri people have their own architectural style, castle villages of spectacular appearance.  They always practiced sheep breeding and apiculture, brewing and handicrafts. Interesting is traditional costume (talavari) of this people, with the embroideries.
Khevsuri people were pagan until the XII century. Up to present day their chapels are preserved. This stunning region offers lots of interesting tourist activities and sightseeing.
Region area: 1 036 km²

Imereti, historical-geographical region in the west Georgia, is one of the interesting parts with its landscape, nature, UNESCO monuments, traditions and etc. Main city is Kutaisi. Imereti is situated along the middle and upper reaches of the river Rioni.
Nature of Imereti is very catchy and various rich with flora and fauna. There are protected areas and mineral resorts, rivers, lakes and waterfalls. Natural grottos famous for dinosaur footprints , caves with Stalactites and stalagmites, canyons, ancient city and stunning historical monuments. Soil of Imereti is very fertile. Earthenware is very popular and practiced by people. Corn, nuts, herbs and spices are characteristic for dishes of this region. Imeretian wine keeps guest high spirits and joyful.
Region area: 6419, 3 km²

Samegrelo is the fascinating historical corner of the west Georgia. Main city is Zugdidi. The name Samegrelo stemmed from Egrisi Kingdom, which was the part of Untied Georgian Kingdom since the X century. People in Samegrelo speak their own dialect.
Samegrelo is as interesting and beautiful as other parts of Georgia. Location near the black sea makes sense and climate here is humid subtropical. Rich with rivers, lakes and thermal, mineral waters,this corner offers health resorts, sea resort of Anaklia and amazing sightseeing. Tourist attractions such as: canyons, architectural and archeological sites are available at present.
Main activities of people in Samegrelo are stock-raising, citrus growing, tea-growing, wine-making, nut industry and etc. Hot, spicy, delicious food prepared by Megrelian housewives are various and praise-worthy. Samegrelo is well known for folklore.
Region area: 7 093 km²

"If you have not seen Svaneti, you have not seen Georgia”. Svaneti nestled in the north-west of Georgia, sunk in the Caucasus Mountains, amazes you on every step. Spectacular Nature surrounded with Glaciers is gently combined with the local architecture and people character. Svan people speak their own dialect and they follow their own traditions, which, due to the distant location and isolation from other parts of Georgia, are preserved unstained and authentic. Even in summer it offers travelers winter and summer at the same time, walking from the green meadows to the bottom of the glacier, is a wonderful experience. This region is famous for amazing architectural sites.25-30 meters high towers, from IX - XII centuries, proudly standing side by side, are true evidences of magnificent history and Svan civilization.
They are very religious and Mother Marry (La Maria) is the patron saint for them. It's really a big honor to attend their festivals. Oldest churches with local paintings are the best examples of outstanding Svan culture.  Local museums offer valuables of this amazing part .Ushguli village is the UNESCO world heritage site.
Svaneti is the best place for nature lovers, hikers, ski lovers and mountaineers. Visitors can enjoy local homemade tasty food and folklore, breathtaking myths and legends.
Total area: 5776, 5 km²

Ajara occupies various and beautiful region, is situated in the west Georgia in the ravine of river Ajaristskali. Main city is Batumi. This region is the combination of sea and mountainous resorts. Historically very rich and important Ajara, was seized by different local rulers and foreign invaders through centuries. That’s why today it's very interesting with its culture, monuments, mixed Muslim and Orthodox religions. Christian religion is believed to come to Georgia in the 1st century from Ajara, but it was not accustomed by the whole nation.
Ajara, as well as other regions has its own traditions, quite interesting architecture, cuisine, folklore, choreography and beautiful national costumes of fascinating design.
Ajara consists of two parts, upper and lower Ajara. Due to the fertile lands main activities in this region are, stock-raising, apiculture, winemaking, citrus-growing, gardening; tobacco and tea growing. Ajara is Industrial zone of Georgia as well. There are food factories and oil producing factories there.
Tourist attractions are; national parks and Botanical garden, waterfalls and ancient fortresses, Modern spectacular buildings in the main city, all this in one small part of Georgia hosts lots of local and foreign visitors.
Region area: 1873, 4 km²

Racha, historical part of the western Georgia, is one of the most beautiful places. It is situated in the north-western part. Racha is famous for amazing nature, monuments, health resorts, winemaking and local traditions. Especially famous wines "Khvanchkara"and “Usakhelouri” are the best and rare semi-sweet Georgian wines. People in Racha practice agriculture, api-culture, they are good fish-mangers, blacksmiths, incomparable woodworkers and winemakers. Hospitality of these people is noteworthy as well. Cuisine is very rich for all kind of consumers. Meat, milk rpoducts, herbs and spices are employed in their dishes. Racha has its own folklore as well as other regions of Georgia.
Architecture of Racha is very interesting. There are archeological, historical and architectural sites from middle ages in Racha.
Health resorts: Shovi, Utsera, GHebi, Bardnala,Shaori reservoir and Chiora.
Region area: 2 893 km²

Green land of western Georgia Guria, is diverse region consisting of lowlands and highlands.It consists of Ozurgeti, Lanchkhuti and Chokhatauri municipalities. It is historical-geographical part of Georgia and keeps magnificent history, culture, traditions and archeology. This part was always used for trading purposes in Georgia. It was the part of Georgian kingdom Lazika, then the part of United Georgian kingdom till the XV century. In the XIV century had strong trading relations with Genua and Venice. Guria is known for beautiful nature, mineral and health resorts, famous sea resort Ureki and mountainous Bakhmaro resort are noteworthy.
Gurian people have amazing folklore, choreography and they were known for good horsemen.in 1892 horsemen from Guria participated in Buffalo Bill show in the USA and achieved great success. Hospitality seems to be born here. Festivals in Guria are rituals held with special respect. Spectacular sightseeing is game "Lelo" and "Horse-racing". Everything in this beautiful corner is full of energy and life.
Region area: 2 958 km²

Samtskhe-Javakheti is the historical part in the Southern Georgia, namely in Upper Kartli.It consists of three administrative centers: Akhaltsikhe, Adigeni and Aspindza. Archeology of Samtskhe-Javakheti is very rich. This region keeps many secrets and still is the riddle to be solved. The landscape of the region is ribbed in ravines and Cyclopean style huge stone buildings, fortresses and towers from antique period match with gigantic volcanic mountains. Utterly different landscape compared to other parts of Georgia.  Samtskhe-Javakheti was the part of Meskheti, cultural and political center of the country in the VII century BC. It played a big role in Georgia's life. Medieval Fortresses and XII century unique cave complex Vardzia protected country during many centuries.
Samtskhe-Javakheti as well as other regions of Georgia has its own historical monuments, architecture, lifestyle, traditions, culture, cuisine and activities. Farming is one of the main activities, bee-keeping, stock-raising and gardening. This region is rich with rivers and lakes. The biggest lake of Georgia Paravani (37.5 km²) is located here as well as mineral resources and health resorts (Borjomi;Likani;Tsemi etc.). The biggest National park of Georgia is situated here.
Region area: 6 413 km²