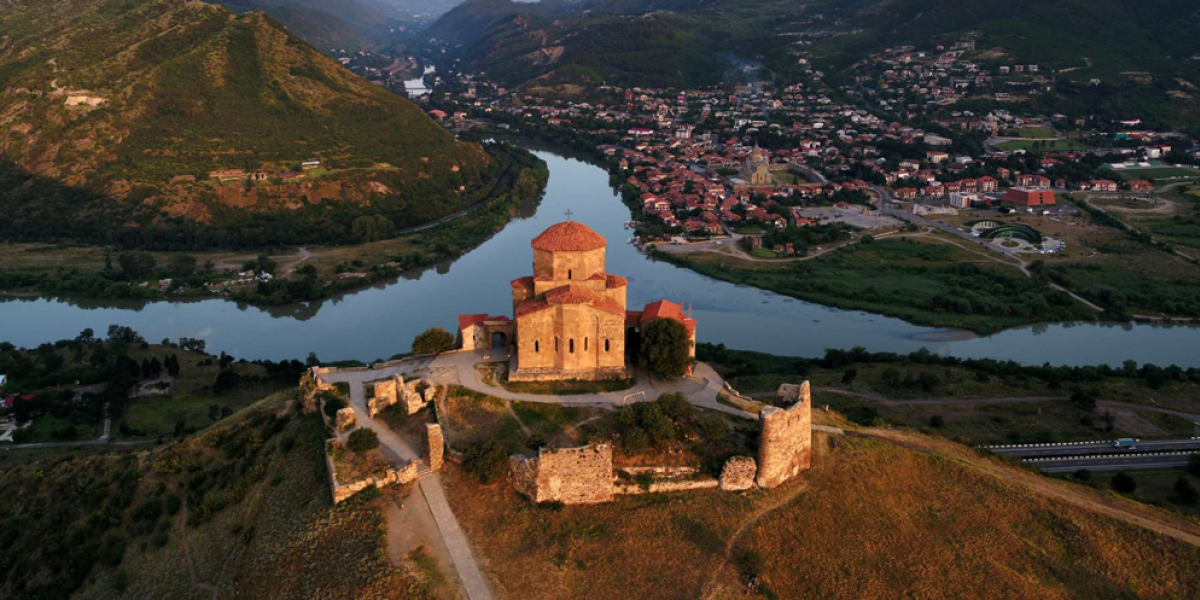 This tour is designed for those travelers who want to visit to the most popular highlights of Georgia. On this tour you will explore the new and old capitals of Georgia, gorgeous Caucasian mountains, old churches, monasteries, cave-towns etc. The tour will be ended with the gala dinner in Georgian restaurant to taste delicious local food and get acquainted with Georgian polyphonic songs and nationals dances.

After breakfast enjoy a guided walking tour of Tbilisi. The tour will include Metekhi Church(5th-13th cc), the Sulphur Baths(17th-19th cc), Narikala Fortress by the cable car, v Sharden street, Sioni Cathedral(6th-11th cc), Modern Bridge of Piece, Anchiaskhati basilica(6th c) and bell tower and the Treasury of the State Museum of Tbilisi.
Overnight in Tbilisi

After  breakfast drive towards Mtiuleti and Khevi provinces along one of the oldest roads in Georgia, The Georgian Military Highway. En route visit  Mtskheta, the ancient capital of Eastern Georgian kingdom - Iberia.
Georgia’s conversion to Christianity occurred in Mtskheta in 337 AD. The city is considered to be one of Georgia’s most important religious centers.  Visit UNESCO sites: Jvari church (6th-7th cc) located on a cliff and overlooking the city; Svetitskhoveli Cathedral (11th c). In the afternoon arrive in Stepantsminda. If lucky with the weather you will see Mount Kazbek (5047m). Visit Gergety Trinity Church.
Night will be spent in Gudauri.

Today descend from the mountains and return to the fertile lands of Kartli province, the heart of the country, known for its agriculture. Here visit Uplistsikhe cave town, which dates back to the 1st millennium BC (this excursion involves 1 ½ hours walk). Also visit the nearby Ateni Sioni(7th c) cathedral and its impressive mural paintings. YThen we drive to  Gori, the birthplace of Stalin to visit the Stalin Museum.
Return to Tbilisi.
Overnight at the hotel.

This morning depart Tbilisi for a trip to David Gareji, unique for its wild nature, mural masterpieces and rock-cut monasteries, the most ancient of which were founded in the first half of the 6th century AD. The excursion will include also the Lavra monastery complex, and you can take an optional walk (approximately two hours) to the Udabno complex (9th-17th cc frescos), located near the Georgia/Azerbaijan border. You will have a picnic lunch during the excursion and in the afternoon return to Tbilisi.
Gala dinner in Georgian restaurant with folk dances and Georgian polyphonic songs.
Overnight at the hotel in Tbilisi.